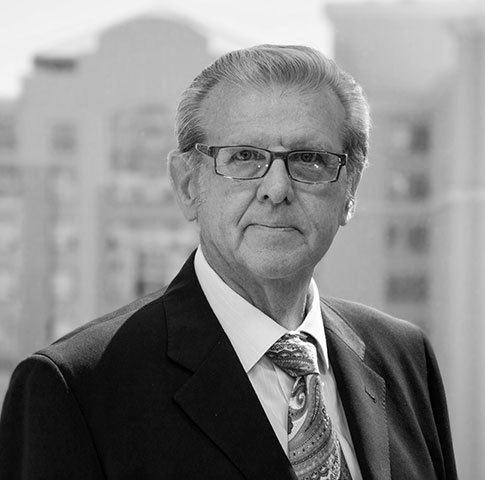 John Watkins was born and raised in St. Louis, MO. He attended UNLV and graduated Magna Cum Laude from University of Missouri in Saint Louis with a B. A. in Philosophy in 1977. He received his J. D. from St. Louis University (Billikens) in 1980. He was allowed to practice law during his third year of law school pursuant to authorization by the Missouri Supreme Court. His assignment was to Legal Aid in St. Louis where he represented indigents. He worked as a law clerk for the Honorable Judge Pavlikowski in 1980 before becoming a Deputy District Attorney (Criminal Division) in the Clark County District Attorney’s Office in 1981 under Bob Miller.

He has since ran his own legal practice for over 33 years focusing on Civil Litigation and Criminal Defense work. He is AV rated by Martindale Hubbell with a perfect 5. He is licensed to practice law in Nevada. He was admitted to the Nevada State Bar in 1980, the U. S. Court of Appeals Ninth Circuit in 1983, and the United States Supreme Court in 1986.